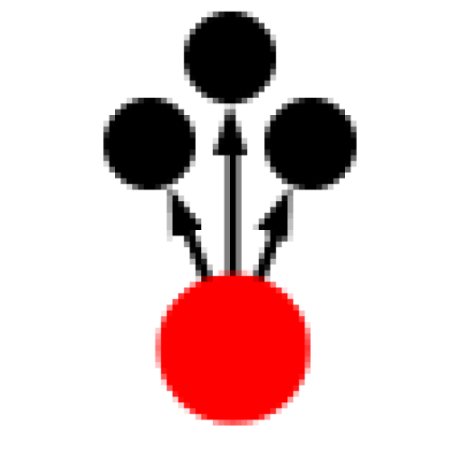 Generate redundant blocks of information such that if some of the blocks are lost then the original data can be recovered from the remaining blocks. This package includes command-line tools, C API, Python API, and Haskell API.

The most widely known example of an erasure code is the RAID-5 algorithm which makes it so that in the event of the loss of any one hard drive, the stored data can be completely recovered. The algorithm in the zfec package has a similar effect, but instead of recovering from the loss of only a single element, it can be parameterized to choose in advance the number of elements whose loss it can tolerate.

This package is largely based on the old "fec" library by Luigi Rizzo et al., which is a mature and optimized implementation of erasure coding. The zfec package makes several changes from the original "fec" package, including addition of the Python API, refactoring of the C API to support zero-copy operation, a few clean-ups and optimizations of the core code itself, and the addition of a command-line tool named "zfec".

To run the self-tests, execute tox from an unpacked source tree or git checkout.

To run the tests of the Haskell API: runhaskell haskell/test/FECTest.hs

Note that in order to run the Haskell API tests you must have installed the library first due to the fact that the interpreter cannot process FEC.hs as it takes a reference to an FFI function.

The source is currently available via git on the web with the command:

If you find a bug in zfec, please open an issue on github:

Note that each "primary block" is a segment of the original data, so its size is 1/k'th of the size of original data, and each "secondary block" is of the same size, so the total space used by all the blocks is m/k times the size of the original data (plus some padding to fill out the last primary block to be the same size as all the others). In addition to the data contained in the blocks themselves there are also a few pieces of metadata which are necessary for later reconstruction. Those pieces are: 1. the value of K, 2. the value of M, 3. the sharenum of each block, 4. the number of bytes of padding that were used. The "zfec" command-line tool compresses these pieces of data and prepends them to the beginning of each share, so each the sharefile produced by the "zfec" command-line tool is between one and four bytes larger than the share data alone.

To run the benchmarks, execute the included bench/bench_zfec.py script with optional --k= and --m= arguments.

On Peter's fancy Intel Mac laptop (2.16 GHz Core Duo), it encoded from a file at about 6.2 million bytes per second.

On my even fancier Intel Mac laptop (2.33 GHz Core Duo), it encoded from a file at about 6.8 million bytes per second.

On my old PowerPC G4 867 MHz Mac laptop, it encoded from a file at about 1.3 million bytes per second.

Here is a paper analyzing the performance of various erasure codes and their implementations, including zfec:

Zfec shows good performance on different machines and with different values of K and M. It also has a nice small memory footprint.

The filefec.py module has a utility function for efficiently reading a file and encoding it piece by piece. This module is used by the "zfec" and "zunfec" command-line tools from the bin/ directory.

A C compiler is required. To use the Python API or the command-line tools a Python interpreter is also required. We have tested it with Python v2.7, v3.5 and v3.6. For the Haskell interface, GHC >= 6.8.1 is required.

Thanks to the author of the original fec lib, Luigi Rizzo, and the folks that contributed to it: Phil Karn, Robert Morelos-Zaragoza, Hari Thirumoorthy, and Dan Rubenstein. Thanks to the Mnet hackers who wrote an earlier Python wrapper, especially Myers Carpenter and Hauke Johannknecht. Thanks to Brian Warner and Amber O'Whielacronx for help with the API, documentation, debugging, compression, and unit tests. Thanks to Adam Langley for improving the C API and contributing the Haskell API. Thanks to the creators of GCC (starting with Richard M. Stallman) and Valgrind (starting with Julian Seward) for a pair of excellent tools. Thanks to my coworkers at Allmydata -- http://allmydata.com -- Fabrice Grinda, Peter Secor, Rob Kinninmont, Brian Warner, Zandr Milewski, Justin Boreta, Mark Meras for sponsoring this work and releasing it under a Free Software licence. Thanks to Jack Lloyd, Samuel Neves, and David-Sarah Hopwood.

Note: a Unix-style tool like "zfec" does only one thing -- in this case erasure coding -- and leaves other tasks to other tools. Other Unix-style tools that go well with zfec include GNU tar for archiving multiple files and directories into one file, lzip for compression, and GNU Privacy Guard for encryption or b2sum for integrity. It is important to do things in order: first archive, then compress, then either encrypt or integrity-check, then erasure code. Note that if GNU Privacy Guard is used for privacy, then it will also ensure integrity, so the use of b2sum is unnecessary in that case. Note also that you also need to do integrity checking (such as with b2sum) on the blocks that result from the erasure coding in addition to doing it on the file contents! (There are two different subtle failure modes -- see "more than one file can match an immutable file cap" on the Hack Tahoe-LAFS! Hall of Fame.)