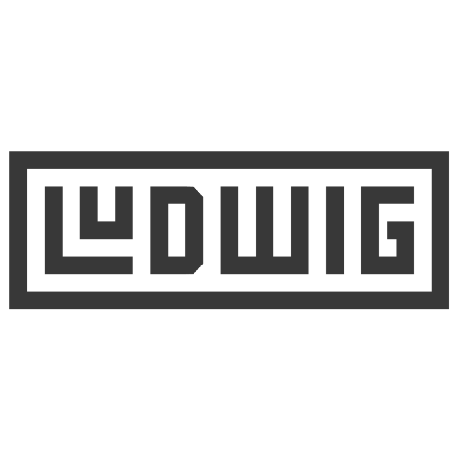 Ludwig is a toolbox built on top of TensorFlow that allows users to train and test deep learning models without the need to write code.

A programmatic API is also available in order to use Ludwig from your python code. A suite of visualization tools allows you to analyze models' training and test performance and to compare them.

Ludwig is built with extensibility principles in mind and is based on data type abstractions, making it easy to add support for new data types as well as new model architectures.

It can be used by practitioners to quickly train and test deep learning models as well as by researchers to obtain strong baselines to compare against and have an experimentation setting that ensures comparability by performing standard data preprocessing and visualization.

The core design principles we baked into the toolbox are:

Ludwig's basic requirements are the following:

Ludwig has been developed and tested with Python 3 in mind. If you don’t have Python 3 installed, install it by running:

You may want to use a virtual environment to maintain an isolated Python environment.

or install it by building the source code from the repository:

This will install only Ludwig-s basic requirements, different feature types require different dependencies. We divided them as different extras so that users could install only the ones they actually need.

Text features extra packages can be installed with pip install ludwig[text] and include:

If you intend to use text features and want to use spaCy based language tokenizers, install language-specific models with:

More details in the User Guide.

Image features extra packages can be installed with pip install ludwig[image] and include:

Audio features extra packages can be installed with pip install ludwig[audio] and include:

Visualization extra packages can be installed with pip install ludwig[viz] and include:

Model serving extra packages can be installed with pip install ludwig[serve] and include:

Beware that the tensorflow package contained in the requirements.txt file is the CPU version. If you prefer to install the GPU version, uninstall tensorflow and replace it with tensorflow=gpu after having installed ludwig, being careful at matching the version ludwig requires, as shown in requirements.txt.

If you want to train Ludwig models in a distributed way, you need to also install the horovod and the mpi4py packages. Please follow the instructions on Horovod's repository to install it.

Ludwig provides two main functionalities: training models and using them to predict. It is based on datatype abstraction, so that the same data preprocessing and postprocessing will be performed on different datasets that share data types and the same encoding and decoding models developed for one task can be reused for different tasks.

Training a model in Ludwig is pretty straightforward: you provide a CSV dataset and a model definition YAML file.

The model definition contains a list of input features and output features, all you have to do is specify names of the columns in the CSV that are inputs to your model alongside with their data types, and names of columns in the CSV that will be outputs, the target variables which the model will learn to predict. Ludwig will compose a deep learning model accordingly and train it for you.

Currently, the available datatypes in Ludwig are:

The model definition can contain additional information, in particular how to preprocess each column in the CSV, which encoder and decoder to use for each one, feature hyperparameters and training parameters. This allows ease of use for novices and flexibility for experts.

For example, given a text classification dataset like the following:

you want to learn a model that uses the content of the doc_text column as input to predict the values in the class column. You can use the following model definition:

and start the training typing the following command in your console:

where path/to/file.csv is the path to a UTF-8 encoded CSV file containing the dataset in the previous table. Ludwig will perform a random split of the data, preprocess it, build a WordCNN model (the default for text features) that decodes output classes through a softmax classifier, train the model on the training set until the accuracy on the validation set stops improving. Training progress will be displayed in the console, but TensorBoard can also be used.

If you prefer to use an RNN encoder and increase the number of epochs you want the model to train for, all you have to do is to change the model definition to:

Refer to the User Guide to find out all the options available to you in the model definition and take a look at the Examples to see how you can use Ludwig for several different tasks.

After training, Ludwig will create a directory under results containing the trained model with its hyperparameters and summary statistics of the training process. You can visualize them using one of the several visualization options available in the visualize tool, for instance:

The commands will display a graph that looks like the following, where you can see loss and accuracy as functions of train iteration number:

If you have new data and you want your previously trained model to predict target output values, you can type the following command in your console:

Running this command will return model predictions and some test performance statistics if the dataset contains ground truth information to compare to. Those can be visualized by the visualize tool, which can also be used to compare performances and predictions of different models, for instance:

will return a bar plot comparing the models on different measures: A handy ludwig experiment command that performs training and prediction one after the other is also available.

Ludwig also provides a simple programmatic API that allows you to train or load a model and use it to obtain predictions on new data:

model_definition is a dictionary containing the same information of the YAML file. More details are provided in the User Guide and in the API documentation.

Ludwig is built from the ground up with extensibility in mind. It is easy to add an additional data type that is not currently supported by adding a datatype-specific implementation of abstract classes that contain functions to preprocess the data, encode it, and decode it.

Furthermore, new models, with their own specific hyperparameters, can be easily added by implementing a class that accepts tensors (of a specific rank, depending on the datatype) as inputs and provides tensors as output. This encourages reuse and sharing new models with the community. Refer to the Developer Guide for further details.

You can find the full documentation here.