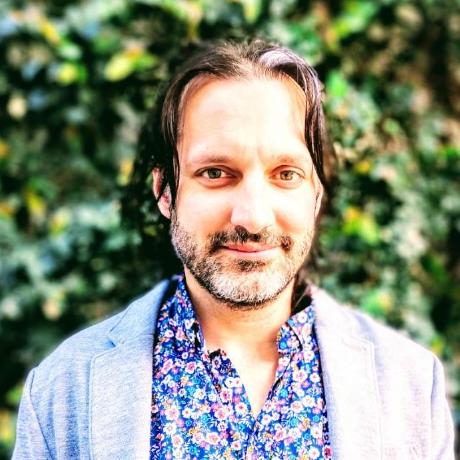 MLQ, a queue for ML jobs

MLQ is a job queueing system, and framework for workers to process queued jobs, providing an easy way to offload long running jobs to other computers.

You've got an ML model and want to deploy it. Meaning that, you have a web app and want users to be able to re-train the model, and that takes a long time. Or perhaps even inference takes a long time. Long, relative to the responsiveness users expect from webapps, meaning, not immediate.

You can't do this stuff direct from your Flask app, because it would lock up the app and not scale beyond a couple of users.

The solution is to enqueue the user's request, and until then, show the user some loading screen, or tell them to check back in a few minutes. The ML stuff happens in the background, in a separate process, or perhaps on a different machine. When it's done, the user is notified (maybe via websockets; maybe their browser is polling at intervals).

Or perhaps your company has a limited resource, such as GPUs, and you need a solution for employees to access them from Jupyter one-by-one.

MLQ is designed to provide a performant, reliable, and most of all easy to use, queue and workers to solve the above common problems.

It's in Python 3.6+, is built on asyncio, and uses Redis as a queue backend.

You need access to a running Redis instance, for example apt install redis-server will get you one at localhost:6379, otherwise there is AWS's Elasticache and many other options.

This assumes: you have a web app with a Python backend. For a complete example, see here. In brief:

Then, of course you need a worker, or many workers, processing the job. Somewhere else (another terminal, a screen session, another machine, etc):

Alternatively, the worker might fail to process the job before it gets to step 6. Maybe the input data was invalid, maybe it was a bad listener function; whatever happened, there was an exception:

In another case, maybe the worker dies midway through processing a message. When that happens, also the job is not lost. It might just be a case of, for example, the spot instance price just jumped and your worker shut down. MLQ provides a reaper thread that can be run at regular intervals to requeue jobs whose processing has stalled. If the job is requeued enough times that it exceeds some threshold you've specified, something is wrong - it'll be moved to the dead letter queue.

When creating a worker, you (probably should) give it a listener function to execute on items pulled from the queue. In the example above, that function is called simple_multiply. Its signature is simple_multiply(params_dict, *args). What is that?

You can update the progress of a message from within your listener function like so: args['update_progress'](50) where 50 represents 50% (but you can update with any stringify-able type). This is useful say if processing a job has two time consuming steps. So if you have a UI that's polling the backend for updates, after completing one of them, set progress to 50% - then the responsible backend endpoint can just call mlq.get_progress(job_id) (where job_id is the UUID that was returned from mlq.post) and it will get that 50% complete value which you can report to the client.

Remember that if you write a listener function that imports other libraries, they need to be importable on whatever machines/Python environments the consumers are running on, too.

MLQ uses gevent (similar to gunicorn if you know that better) for a WSGI server.

If you want to launch many servers -- which may not be necessary, you probably want one server but many workers -- there's no need for any special gevent magic.

There may be little benefit to running more than one server unless you are going to put some load balancer in front of them and are expecting seriously high traffic. To run workers that don't have an HTTP interface -- they will still get messages that are sent to the first --server worker -- just leave off the --server parameter.

Note that if you are expanding server_address beyond 127.0.0.1, MLQ does not come with any authentication. It'd be open to the world (or the local reachable cluster/network).

For multiple servers, you'll need to specify each with a different server_port. Nothing is automagically spun off into different threads. One server, one process, one port. Load balance it via nginx or your cloud provider, if you really need this. Hint: you probably don't.

The consumer sits around waiting for messages, and when it receives one, runs the listener functions that you've specified on that message. The output of the last listener function is then stored as the result. So, you need to specify at least one listener function (unless that is you just want a queue for, say, logging purposes).

msg should be a string or dictionary type. The args dictionary gives access to the full message as-enqueued, including its id, the UUID of the worker that's processing it, the timestamp of when it was enqueued, as well as a bunch of utility functions useful for distributed processing. See later in this document.

When you have the function defined, you need to cloudpickle then jsonpickle it to send it to the consumer as a HTTP POST. In Python, the code would be something like:

Functions sent to workers should be unique by name. If you later decide you don't need that function any more, just make the same request but instead of POST, use DELETE.

If you're using the app tool, it's very easy:

If you're doing it from curl or direct from Python, you have to bear in mind that you need to POST a string which is a JSON object with at least a msg key. So, for example:

You'll get back the unique id of the enqueued request, which is an integer.

Once processing is complete, if you passed a "callback" key in the POST body, that callback will be called with the (short) result and a success flag. But we didn't do that yet, so ...

Results are stored indefinitely. Retrieve it by curl with something like:

MLQ supports binary results, but to see them with curl you'll need to add --output -. Because results are binary, they are returned just as bytes, so beware string comparisons and suchlike. Alternatively, you can hit the /short_result endpoint; short_result is always a string.

To get the result within Python, it's just:

Additionally, say for example your job's result was a generated image or waveform. Binary data, but you want it to be interpreted by the browser as say a JPG or WAV. You can add any file extension to the above URL so a user's browser would interpret it correctly. For example, the following are equivalent:

When you enqueue a job, you can optionally pass a callback which will be called when the job is complete. Here, callback means a URL which will be HTTP GET'd. The URL will be attempted up to 3 times before MLQ gives up.

The user submits a job via your backend (Node, Flask, whatever), you return immediately -- but create within your backend a callback URL that when it's hit, knows to signal something to the user.

You pass the callback URL when you enqueue a job. It will receive the following arguments as a query string: ?success=[success]&job_id=[job_id]&short_result=[short_result]

The end result is that you'll get a callback to something like [whatever URL you passed]?success=1&job_id=53&short_result=widget.

It's possible three ways, depending if you're using the client app, Python directly, or HTTP calls:

If a worker goes offline mid-job, that job would get stuck in limbo: it looks like someone picked it up, but it never finished. MLQ comes with a reaper that detects jobs that have been running for longer than a threshold, assumes the worker probably died, and requeues the job. It keeps a tally of how many times the job was requeued; if that's higher than some specified number, it'll move the job to the dead letter queue instead of requeuing it.

The reaper runs at a specified interval. To create a reaper that runs once every 60s, checks for jobs running for longer than 300s (five minutes), and if they've been retried fewer than 5 times puts them back in the job queue:

To aid in distributed computing, there are a number of additional conveniences in MLQ.

Normally, you add listener functions to a list, and they are all called any time a message comes in. In fact, 99% of the time you'll probably just add a single listener function to each consumer.

That's not always desirable though: maybe from one listener function, you want to enqueue a partial result that's handled in another worker or two. (Workers share all listener functions; at least the ones that were added since they came into existence.)

To this end, you can specify a list of functions that are called for a particular message. Only those functions will be called when the message is dequeued into a listener function.

As always, there are 3 possible ways to do it: pure Python, with the controller app, and via http.

Listener functions can store and fetch data using Redis as the backend. This way, they can pass data between different workers perhaps on different machines: say you have a graph where one computation generates a single interim result that can then be simultaneously worked on by two other workers.

These functions are passed as arguments to the listener function:

key = store_data(data, key=None, expiry=None): Data must be a string type. Key is the key in Redis that the data is stored at, leave at None to have MLQ generate a UUID for you. Expiry of the key (in seconds) is recommended. Returns the key at which data was stored.

The API is the same from within a listener function as it is for using the MLQ library directly: job_id = post(msg, callback=None, functions=None)

result = block_until_result(job_id). Be careful using this if you have only one worker because all of the worker's execution will be blocked: it won't suspend, process the other job, and return.

Can messages be lost?

MLQ is designed with atomic transactions such that queued messages should not be lost (of course this cannot be guaranteed).

There is always the possibility that the backend Redis instance will go down, if you are concerned about this, I recommend looking into Redis AOF persistence.

Primarily, simplicity and ease of use. While MLQ absolutely is suitable for a production system, it's easy and intuitive to get started with on a side project.

Dask and Celery are excellent, use them in preference to MLQ if you want to invest the time.