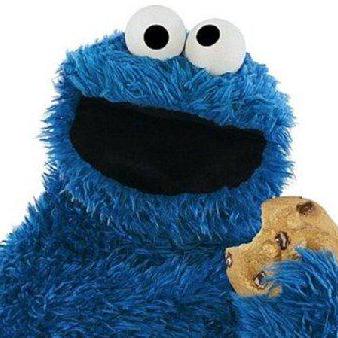 gc is an implementation of a conservative, thread-local, mark-and-sweep garbage collector. The implementation provides a fully functional replacement for the standard POSIX malloc(), calloc(), realloc(), and free() calls.

The focus of gc is to provide a conceptually clean implementation of a mark-and-sweep GC, without delving into the depths of architecture-specific optimization (see e.g. the Boehm GC for such an undertaking). It should be particularly suitable for learning purposes and is open for all kinds of optimization (PRs welcome!).

The original motivation for gc is my desire to write my own LISP in C, entirely from scratch - and that required garbage collection.

This work would not have been possible without the ability to read the work of others, most notably the Boehm GC, orangeduck's tgc (which also follows the ideals of being tiny and simple), and The Garbage Collection Handbook.

To compile using the clang compiler:

To use the GNU Compiler Collection (GCC):

The tests should complete successfully. To create the current coverage report:

This describes the core API, see gc.h for more details and the low-level API.

In order to initialize and start garbage collection, use the gc_start() function and pass a bottom-of-stack address:

The bottom-of-stack parameter bos needs to point to a stack-allocated variable and marks the low end of the stack from where root finding (scanning) starts.

Garbage collection can be stopped, paused and resumed with

and manual garbage collection can be triggered with

gc supports malloc(), calloc()and realloc()-style memory allocation. The respective function signatures mimick the POSIX functions (with the exception that we need to pass the garbage collector along as the first argument):

It is possible to pass a pointer to a destructor function through the extended interface:

gc supports static allocations that are garbage collected only when the GC shuts down via gc_stop(). Just use the appropriate helper function:

Static allocation expects a pointer to a finalization function; just set to NULL if finalization is not required.

Note that gc currently does not guarantee a specific ordering when it collects static variables, If static vars need to be deallocated in a particular order, the user should call gc_free() on them in the desired sequence prior to calling gc_stop(), see below.

It is also possible to trigger explicit memory deallocation using

Calling gc_free() is guaranteed to (a) finalize/destruct on the object pointed to by ptr if applicable and (b) to free the memory that ptr points to irrespective of the current scheduling for garbage collection and will also work if GC has been paused using gc_pause() above.

The fundamental idea behind garbage collection is to automate the memory allocation/deallocation cycle. This is accomplished by keeping track of all allocated memory and periodically triggering deallocation for memory that is still allocated but unreachable.

Many advanced garbage collectors also implement their own approach to memory allocation (i.e. replace malloc()). This often enables them to layout memory in a more space-efficient manner or for faster access but comes at the price of architecture-specific implementations and increased complexity. gc sidesteps these issues by falling back on the POSIX *alloc() implementations and keeping memory management and garbage collection metadata separate. This makes gc much simpler to understand but, of course, also less space- and time-efficient than more optimized approaches.

The core data structure inside gc is a hash map that maps the address of allocated memory to the garbage collection metadata of that memory:

The items in the hash map are allocations, modeled with the Allocation struct:

The allocations are collected in an AllocationMap

that, together with a set of static functions inside gc.c, provides hash map semantics for the implementation of the public API.

The AllocationMap is the central data structure in the GarbageCollector struct which is part of the public API:

With the basic data structures in place, any gc_*alloc() memory allocation request is a two-step procedure: first, allocate the memory through system (i.e. standard malloc()) functionality and second, add or update the associated metadata to the hash map.

These data structures and the associated interfaces enable the management of the metadata required to build a garbage collector.

gc triggers collection under two circumstances: (a) when any of the calls to the system allocation fail (in the hope to deallocate sufficient memory to fulfill the current request); and (b) when the number of entries in the hash map passes a dynamically adjusted high water mark.

If either of these cases occurs, gc stops the world and starts a mark-and-sweep garbage collection run over all current allocations. This functionality is implemented in the gc_run() function which is part of the public API and delegates all work to the gc_mark() and gc_sweep() functions that are part of the private API.

gc will keep memory allocations that are reachable and collect everything else. An allocation is considered reachable if any of the following is true:

At the beginning of the mark stage, we first sweep across all known allocations and find explicit roots with the GC_TAG_ROOT tag set. Each of these roots is a starting point for depth-first recursive marking.

gc subsequently detects all roots in the stack (starting from the bottom-of-stack pointer bos that is passed to gc_start()) and the registers (by dumping them on the stack prior to the mark phase) and uses these as starting points for marking as well.

Given a root allocation, marking consists of (1) setting the tag field in an Allocation object to GC_TAG_MARK and (2) scanning the allocated memory for pointers to known allocations, recursively repeating the process.

The underlying implementation is a simple, recursive depth-first search that scans over all memory content to find potential references:

In gc.c, gc_mark() starts the marking process by marking the known roots on the stack via a call to gc_mark_roots(). To mark the roots we do one full pass through all known allocations. We then proceed to dump the registers on the stack.

Dumping registers on the stack

In order to make the CPU register contents available for root finding, gc dumps them on the stack. This is implemented in a somewhat portable way using setjmp(), which stores them in a jmp_buf variable right before we mark the stack:

After marking all memory that is reachable and therefore potentially still in use, collecting the unreachable allocations is trivial. Here is the implementation from gc_sweep():

We iterate over all allocations in the hash map (the for loop), following every chain (the while loop with the chunk = chunk->next update) and either (1) unmark the chunk if it was marked; or (2) call the destructor on the chunk and free the memory if it was not marked, keeping a running total of the amount of memory we free.

That concludes the mark & sweep run. The stopped world is resumed and we're ready for the next run!