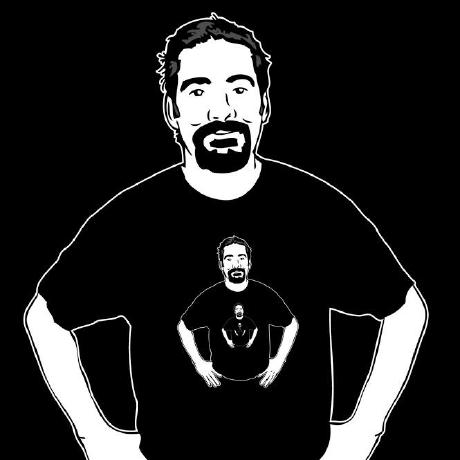 A collection of ZSH frameworks, plugins, tutorials & themes inspired by the various awesome list collections out there.

Alf is an out of this world super fast and configurable framework for ZSH; it's modeled after Prezto and Antigen while utilizing Oh-My-Zsh under the covers; and offers standard defaults, aliases, functions, auto completion, automated updates and installable prompt themes and plugins.

ansible-role-zsh is an ansible role with zero-knowledge installation. It uses antigen to manage bundles and oh-my-zsh. Can load bundles conditionally. By default it includes powerlevel9k theme, autosuggestions, syntax-highlighting and fzf-widgets and fzf-marks. Fully customizable.

Ant-zsh is a tiny and lightweight ZSH configuration environment for special customization needs. It includes plugins, themes and a basic convenient setup.

Antibody A faster and simpler antigen written in Golang. More details at http://getantibody.github.io/.

antigen-hs is a replacement for antigen optimized for a low overhead when starting up the shell. It will automatically clone plugins for you.

Antigen is a small set of functions that help you easily manage your shell (ZSH) plugins, called bundles. The concept is pretty much the same as bundles in a typical vim+pathogen setup. Antigen is to ZSH, what Vundle is to vim. Antigen can load oh-my-zsh themes and plugins and will automatically clone them for you.

Ax-ZSH is a modular configuration system for ZSH. It provides sane defaults and is extendable by plugins.

Dotzsh strives to be platform and version independent. Some functionality may be lost when running under older versions of ZSH, but it should degrade cleanly and allow you to use the same setup on multiple machines of differing OSes without problems.

fresh is a tool to source shell configuration (aliases, functions, etc) from others into your own configuration files. We also support files such as ackrc and gitconfig. Think of it as Bundler for your dot files.

oh-my-zsh is a community-driven framework for managing your ZSH configuration. Includes 120+ optional plugins (rails, git, macOS, hub, capistrano, brew, ant, macports, etc), over 120 themes to spice up your morning, and an auto-update tool that makes it easy to keep up with the latest updates from the community.

Pumice is a lightweight plugin manager for ZSH.

Toasty is a ZSH framework made to facilitate management, not dictate it.

Zeesh is a cross-platform ZSH framework. It's similar to, but incompatible with, oh-my-zsh. It has a modular plugin architecture making it easy to extend. It has a rich set of defaults, but is designed to be as lightweight as possible.

Zgem is a plugin manager for ZSH that supports loading and updating plugins and themes from git, http and local files.

Zgen is a lightweight plugin manager for ZSH inspired by Antigen. The goal is to have minimal overhead when starting up the shell because nobody likes waiting.

To do this, zgen generates a static init.zsh file which does nothing but source your plugins and append them to your fpath. This minimizes startup time by not having to execute time consuming logic (plugin checking, updates, etc). The downside is that you have to refresh the init script manually with zgen reset whenever you update your .zshrc. Can load oh-my-zsh-compatible plugins and themes, and will automagically clone them for you when you add them to your plugin list.

zilsh is a ZSH config system that aims to appeal more to power-users and follow the simplistic approach of vim-pathogen.

Zim is a ZSH configuration framework with blazing speed and modular extensions.

Zinit is an innovative and currently the fastest plugin manager with support for:

You can use zinit-console to view and change the state of the ZSH session and to delete the plugins and snippets from the disk.

zit is a plugin manager for ZSH. It is minimal because it implements the bare minimum to be qualified as a plugin manager: it allows the user to install plugins from Git repositories (and Git repositories only, them why the name), source plugins and update them. It does not implement fancy functions like cleanup of removed plugins, automatic compilation of installed plugins, alias for oh-my-zsh/prezto/other ZSH frameworks, building binaries, PATH manipulation and others.

Zoppo is the crippled configuration framework for ZSH. As an Italian saying goes: "chi va con lo zoppo, impara a zoppicare", we realized we were walking with a cripple and are now going to become crippled ourselves.

zpm ( ZSH Plugin Manager ) is a plugin manager for ZSH who combines the imperative and declarative approach. At first run, zpm will do complex logic and generate cache, after that will be used cache only, so it makes this framework to be very fast.

zshing is a ZSH plugin manager similar to Vundle/Vim and allows you to...

Ztanesh aims to improve your UNIX command line experience and productivity with the the configuration provided by the ztanesh project: the tools will make your shell more powerful and easier to use.

Zulu is a environment manager for ZSH 5+, which aims to make it easy to manage your shell without writing any code.

Some of the themes listed here require Powerline-compatible fonts, here are a few:

Most of these plugins can be installed by adding zgen load githubuser/reponame to your .zshrc file in the same function you're doing your other zgen load calls in. Zgen will automatically clone the repositories for you when you do a zgen save.

Most of these plugins can be installed by adding zplug "githubuser/reponame" to your .zshrc file.

Most of these plugins can be installed by adding zpm load "githubuser/reponame" to your .zshrc file.

I've documented some recommendations for writing a new plugin here.

Find other useful awesome-* lists at the awesome collection

The ZSH Reference Card and zsh-lovers site are indispensable.