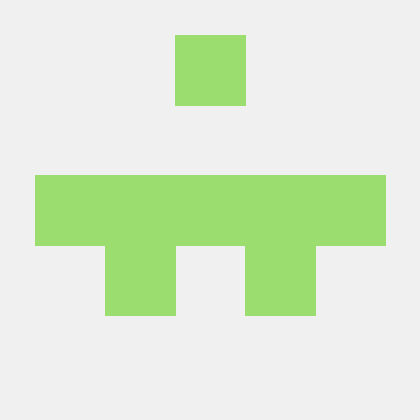 There are two variants of the tool: A user-space implementation and a kernel module. The kernel module makes it possible to benchmark privileged instructions, to use uncore performance counters, and it can allow for more accurate measurement results as it disables interrupts and preemptions during measurements. The disadvantage of the kernel module compared to the user-space variant is that it is quite risky to allow arbitrary code to be executed in kernel space. Therefore, the kernel module should not be used on a production system.

nanoBench is used for running the microbenchmarks for obtaining the latency, throughput, and port usage data that is available on uops.info.

nanoBench might not work if Secure Boot is enabled. Click here for instructions on how to disable Secure Boot.

Note: The following is not necessary if you would just like to use the user-space version.

To load the kernel module, run:

For obtaining repeatable results, it can help to disable hyper-threading. This can be done with the disable-HT.sh script.

It will produce an output similar to the following.

The config file contains the required information for configuring the programmable performance counters with the desired events. We provide example configuration files for recent Intel and AMD microarchitectures in the config folder.

The assembler code sequence may use and modify any general-purpose or vector registers (unless the -loop or -no_mem options are used), including the stack pointer. There is no need to restore the registers to their original values at the end.

R14, RDI, RSI, RSP, and RBP are initialized with addresses in the middle of dedicated memory areas (of 1 MB each), that can be freely modified by the assembler code. When using the kernel module, the size of the memory area that R14 points to can be increased using the set-R14-size.sh script; more details on this can be found here.

All other registers have initially undefined values. They can, however, be initialized as shown in the following example.

The asm-init code is executed once in the beginning. It first sets RAX to R14-8 (thus, RAX now contains a valid memory address), and then sets the memory at address RAX to its own address. Then, the asm code is executed repeatedly. This code loads the value at the address in RAX into RAX. Thus, the execution time of this instruction corresponds to the L1 data cache latency.

We will get an output similar to the following.

We will now take a look behind the scenes at the code that nanoBench generates for evaluating a microbenchmark.

The result that is finally reported by nanoBench is the difference between these two executions divided by max(loop_count * unroll_count, unroll_count).

Both nanoBench.sh and kernel-nanoBench.sh support the following command-line parameters. All parameters are optional. Parameter names may be abbreviated if the abbreviation is unique (e.g., -l may be used instead of -loop_count).

The following parameters are only supported by nanoBench.sh.

The following parameter is only supported by kernel-nanoBench.sh.

We provide provide performance counter configuration files (for counters that can be read with the RDPMC instruction) for most recent Intel and AMD CPUs in the configs folder. These files can be adapted/reduced to the events you are interested in.

The format of the entries in the configuration files is

You can find details on the meanings of the different parts of the entries in chapters 18 and 19 of Intel's System Programming Guide.

Some performance counters, such as the uncore counters on Intel CPUs, cannot be read with the RDPMC instruction, but only with the RDMSR instruction. The entries in the corresponding configuration files have the following format:

For example, the line

can be used to count the number of last-level cache lookups in C-Box 0 on a Skylake system. Details on this can be found in Intel's uncore performance monitoring reference manuals, e.g., here.

If the -no_mem option is used, nanoBench provides a feature to temporarily pause performance counting. This is enabled by including the magic byte sequences 0xF0b513b1C2813F04 (for stopping the counters), and 0xE0b513b1C2813F04 (for restarting them) in the code of the microbenchmark.

Using this feature incurs a certain timing overhead that will be included in the measurement results. It is therefore, in particular, useful for microbenchmarks that do not measure the time, but e.g., cache hits or misses, such as the microbenchmarks generated by the tools in tools/CacheAnalyzer.

If the debug mode is enabled, the generated code contains a breakpoint right before the line m2 = read_perf_ctrs, and nanoBench is run using gdb. This makes it possible to analyze the effect of the code to be benchmarked on registers and on the memory. The command info all-registers can, for example, be used to display the current values of all registers.

nanoBench should work with all Intel processors supporting architectural performance monitoring version ≥ 2, as well as with AMD Family 17h processors.

The code was developed and tested using Ubuntu 18.04.