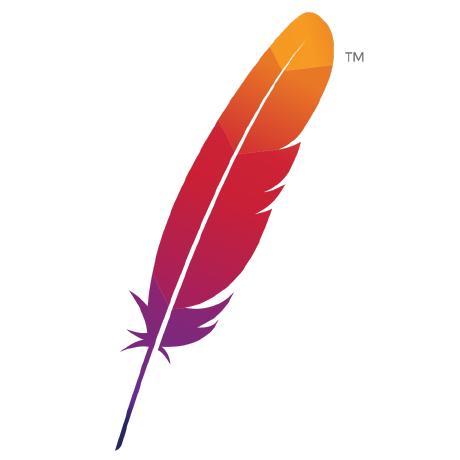 RocketBot: A modern and awesome UI for Apache SkyWalking. 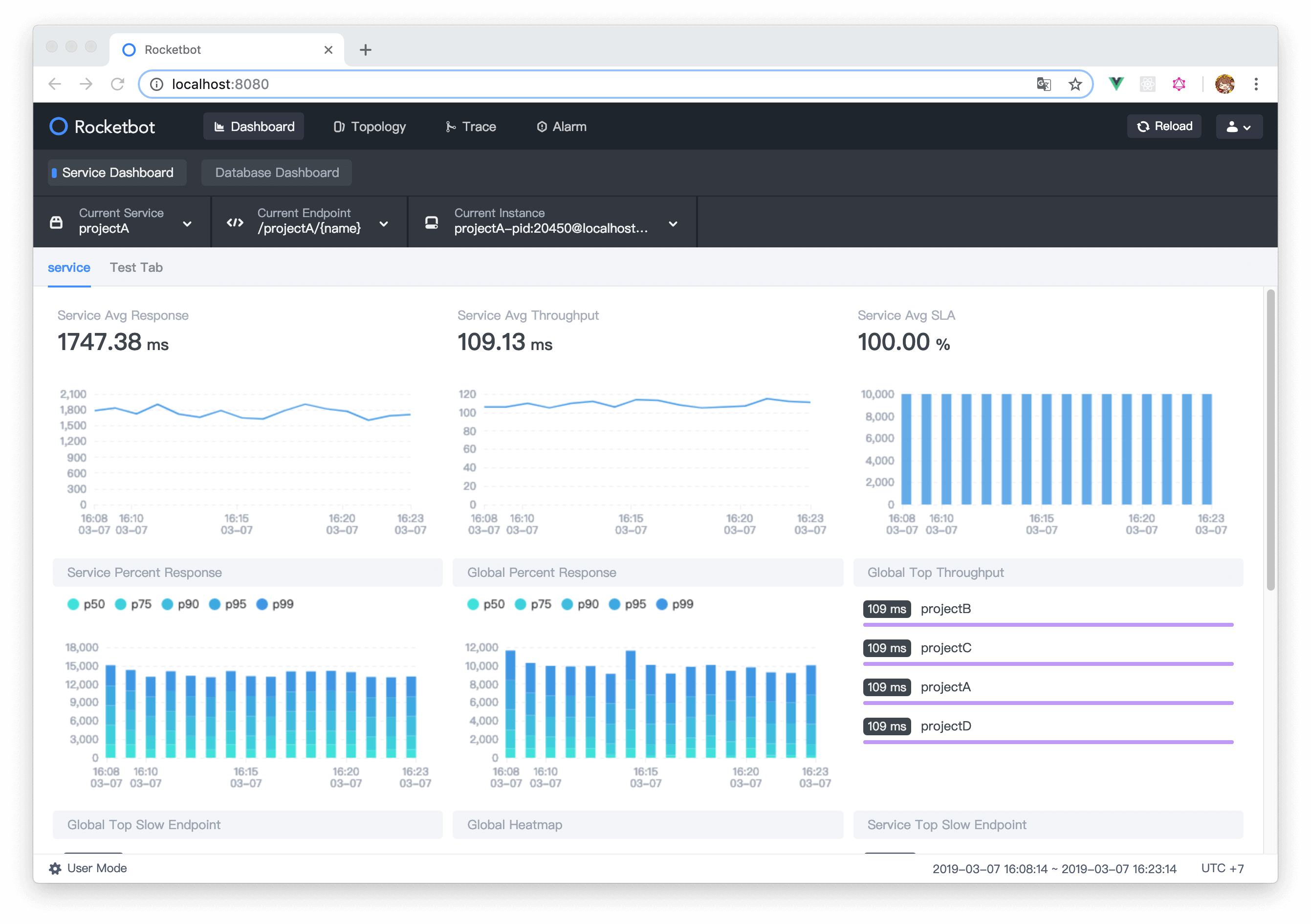 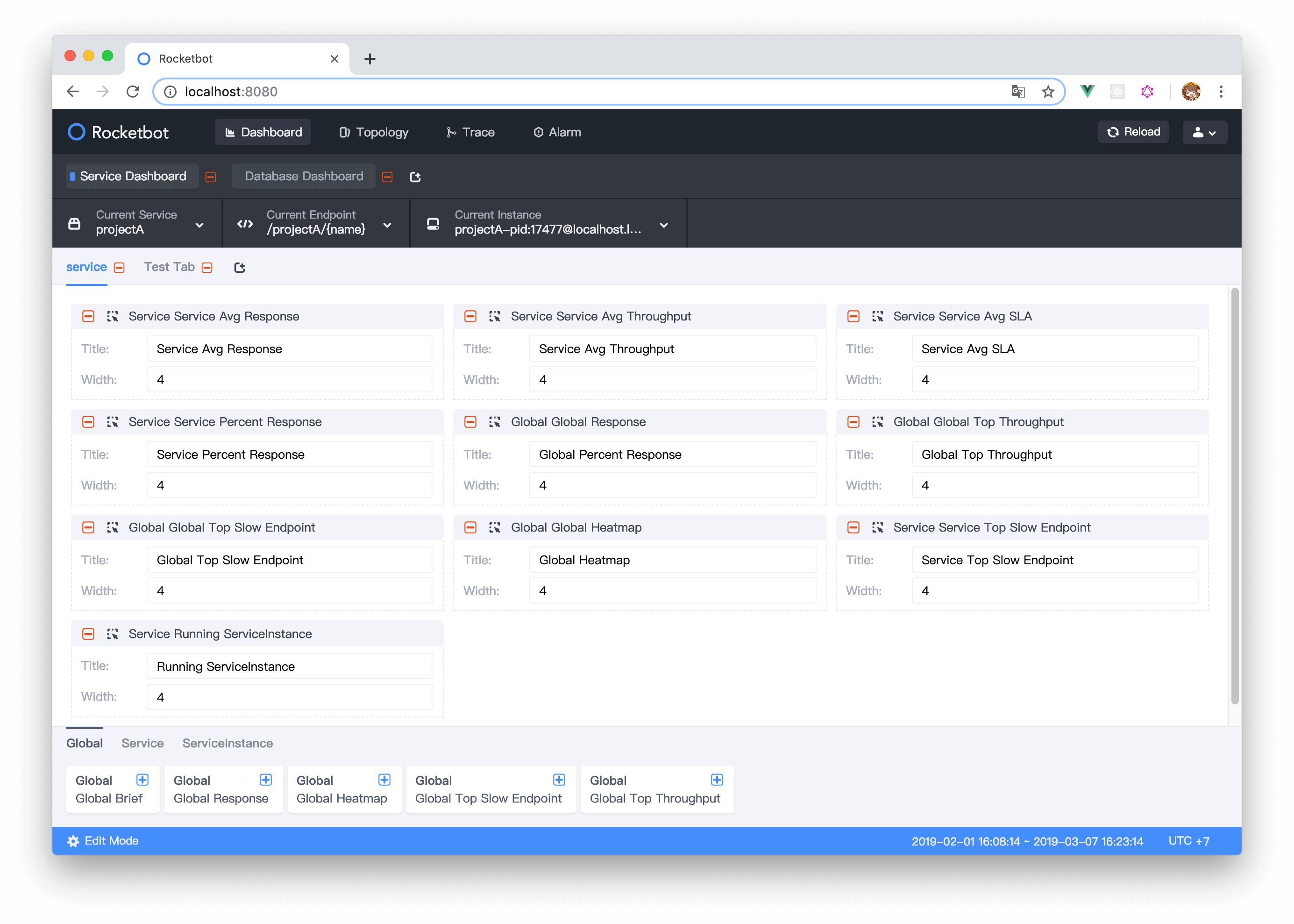 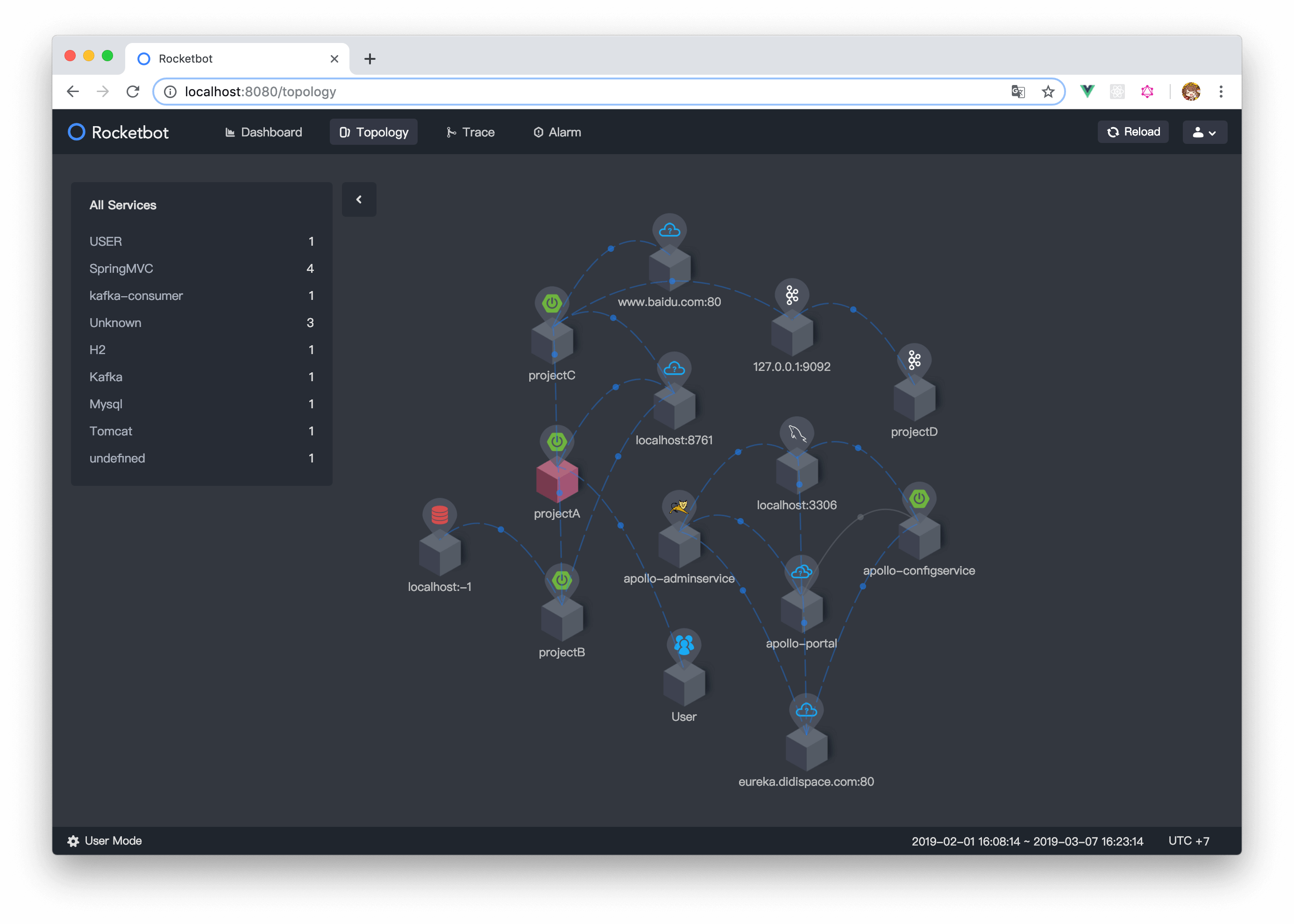 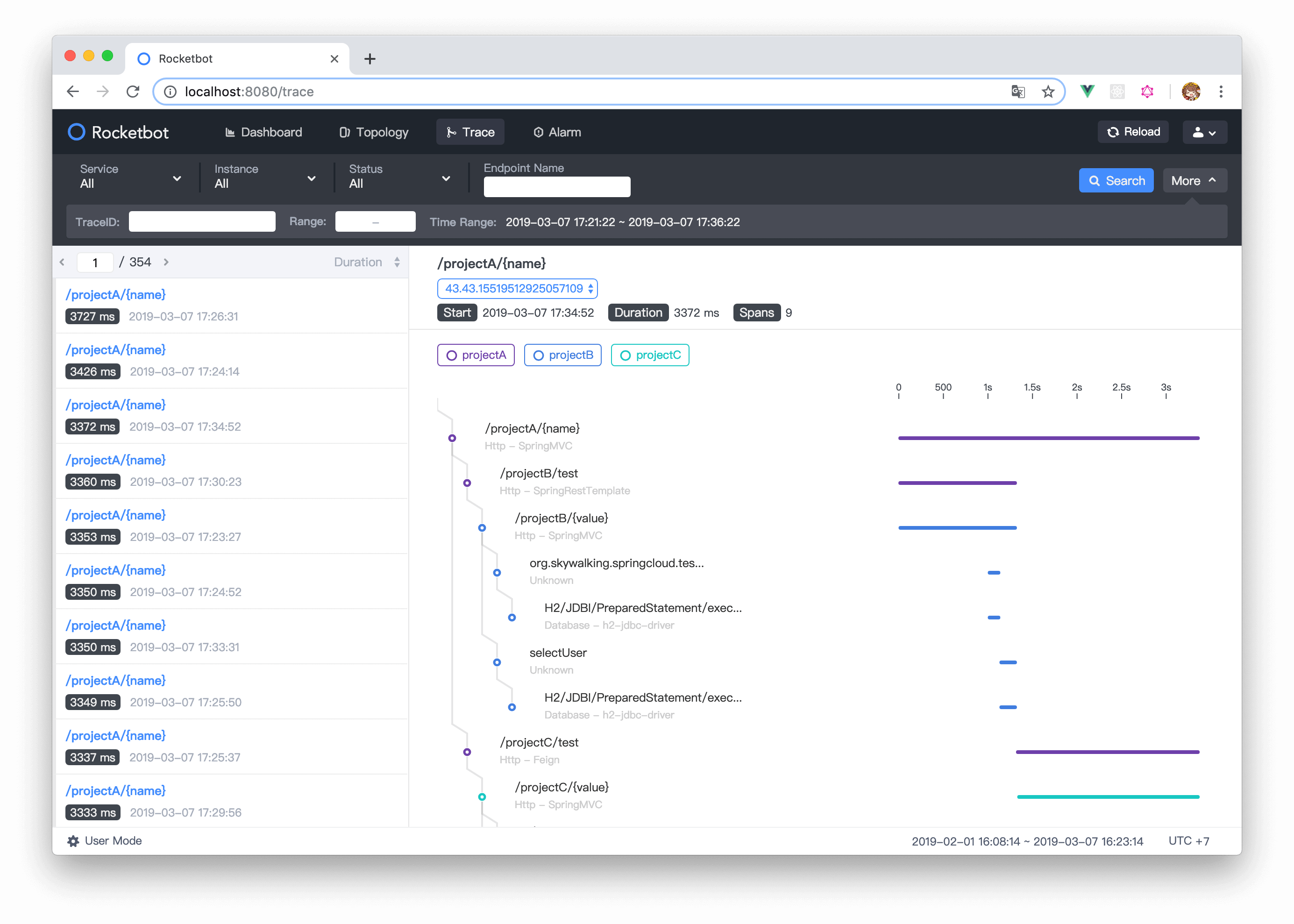 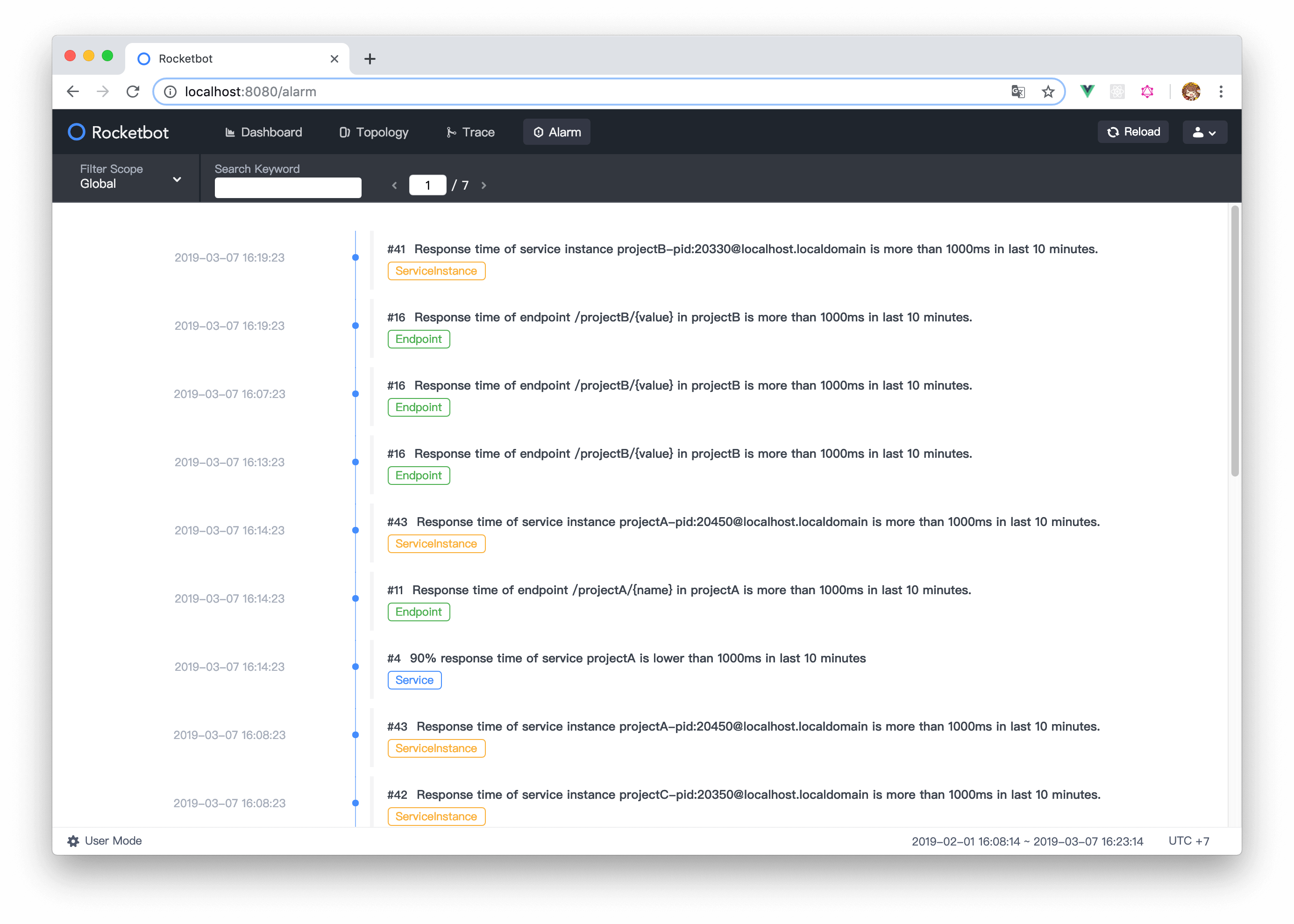 The app was built with vue + typescript.

Fork, then clone the rocketbot repo and change directory into it.

Running build will output all the static files to the ./dist folder:

Note: Those dockerfile is just for developer review or refer methods.

SKYWALKING_URL is the address of your backend, multiple IP is changed by comma.

The default UI address is http://localhost:8080.

Setting the timezone for docker image

Thanks for your interest and hope it will be a pleasant experience.

How to report a bug?

Which companies are using SkyWalking RocketBot, Welcome to register in issues #15 !（This is for open source users reference only.）