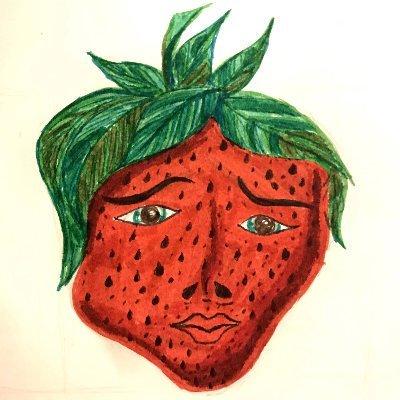 
This is an unambitious Python library for working with Bayesian networks. For serious usage, you should probably be using a more established project, such as pomegranate, PyMC, Stan, Edward, and Pyro. There's also the well-documented bnlearn package in R. Hey, you could even go medieval and use something like Netica — I'm just jesting, they actually have a nice tutorial on Bayesian networks. On a same not, if you're not familiar with Bayesian networks, then I highly recommend Patrick Winston's MIT courses on probabilistic inference (part 1, part 2).

The main goal of this project is to be used for educational purposes. As such, more emphasis is put on tidyness and conciseness than on performance. I find libraries such as pomegranate wonderful, but they literally contain several thousand lines of code, at the detriment of simplicity and ease of comprehension. Nonetheless, hedgehog is reasonably efficient and should be able to satisfy most usecases in a timely manner.

You should be able to install and use this library with any Python version above 3.5.

Note that under the hood hedgehog uses vose for random sampling, which is written in Cython.

The central construct in hedgehog is the BayesNet class. The edges of the network can be provided manually when initialising a BayesNet. As an example, let's use Judea Pearl's famous alarm network:

You can also use the following notation, which is slightly more terse:

In Judea Pearl's example, the conditional probability tables are given. Therefore, we can define them manually by setting the values of the P attribute:

The prepare method has to be called whenever the structure and/or the P are manually specified. This will do some house-keeping and make sure everything is sound. Just like brushing your teeth, it is not compulsory but highly recommended.

A Bayesian network is a generative model. Therefore, it can be used for many purposes. First of all, it can answer probabilistic queries, such as:

What is the likelihood of there being a burglary if both John and Mary call?

This question can be answered by using the query method, which returns the probability distribution for the possible outcomes.

We can also answer questions that involve multiple query variables, for instance:

What are the chances that John and Mary call if an earthquake happens?

By default, the answer is found via an exact inference procedure. For small networks this isn't very expensive to perform. However, for larger networks, you might want to prefer using approximate inference. The latter is a class of methods that randomly sample the network and return an estimate of the answer. The quality of the estimate increases with the number of iterations that are performed. For instance, you can use Gibbs sampling:

The supported inference methods are:

A usecase for probabilistic inference is to impute missing values. The impute method fills the missing values with the most likely replacements, given the present information. This is usually more accurate than simply replacing by the mean or the most common value. Additionally, such an approach can be much more efficient than model-based iterative imputation.

Note that the impute method can be seen as the equivalent of pomegranate's predict method.

You can use a Bayesian network to generate random samples. The samples will follow the distribution induced by the network's structure and it's conditional probability tables.

You can determine the values of the P from a dataset. This is a straightforward procedure, as it only requires perfoming a groupby followed by a value_counts for each CPT.

Note that in this case you do not have to call the prepare method because it is done for you implicitely.

If you want to update an already existing Bayesian networks with new observations, then you can use partial_fit:

The same result will be obtained whether you use fit once or partial_fit multiple times in succession.

This isn't available yet. I kind of know what I'm doing and there are some sweet algorithms as of 2020. However, it would be nice to take a modern approach and actually take into account causality. Indeed, most structure learning algorithms don't make a difference between different edge directions. Stay tuned!

You can use the graphviz method to return a graphviz.Digraph.

Note that the graphviz library is not installed by default because it requires a platform dependent binary. Therefore, you have to install it by yourself.

A side-goal of this project is to provide a user interface to play around with a given user interface. Fortunately, we live in wonderful times where many powerful and opensource tools are available. At the moment, I have a preference for streamlit.

You can install the GUI dependencies by running the following command:

You can then launch a demo by running the hedgehog command:

This will launch a streamlit interface where you can play around with the examples that hedgehog provides. You can see a running instance of it in this Heroku app.

An obvious next step would be to allow users to run this with their own Bayesian networks. Then again, using streamlit is so easy that you might as well do this yourself.

Bayesian networks that handle both discrete and continuous are said to be hybrid. There are two approaches to deal with continuous variables. The first approach is to use parametric distributions within nodes that pertain to a continuous variable. This has two disavantages. First of all, it is complex because there are different cases to handle: a discrete variable conditioned by a continuous one, a continuous variable conditioned by a discrete one, or combinations of the former with the latter. Secondly, such an approach requires having to pick a parametric distribution for each variable. Although there are methods to automate this choice for you, they are expensive and are far from being foolproof.

The second approach is to simply discretise the continuous variables. Although this might seem naive, it is generally a good enough approach and definitely makes things simpler implementation-wise. There are many ways to go about discretising a continuous attribute. For instance, you can apply a quantile-based discretization function. You could also round each number to it's closest integer. In some cases you might be able to apply a manual rule. For instance, you can convert a numeric temperature to "cold", "mild", and "hot".

To summarize, we prefer to give the user the flexibility to discretize the variables by herself. Indeed, most of the time the best procedure depends on the problem at hand and cannot be automated adequatly.

Several toy networks are available to fool around with:

Here is some example usage:

This project is free and open-source software licensed under the MIT license.