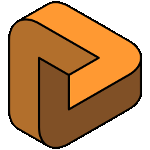 (This is the bleeding edge, not yet released version. If you just want to use Monocypher, grab the latest version, or download the source and header files directly. If you want to contribute, see the notes at the end.)

Monocypher is an easy to use, easy to deploy, auditable crypto library written in portable C. It approaches the size of TweetNaCl and the speed of Libsodium.

The manual can be found at https://monocypher.org/manual/, and in the doc/ folder.

The doc/man/ folder contains the man pages. You can install them in your system by running make install-doc. Official releases also have a doc/html/ folder with an html version.

The easiest way to use Monocypher is to include src/monocypher.h and src/monocypher.c directly into your project. They compile as C (since C99) and C++ (since C++98).

Run make, then grab the src/monocypher.h header and either the lib/libmonocypher.a or lib/libmonocypher.so library. The default compiler is gcc -std=gnu99, and the default flags are -pedantic -Wall -Wextra -O3 -march=native. If they don't work on your platform, you can change them like this:

Option 3: install it on your system

The following should work on most UNIX systems:

Once installed, you can use pkg-config to compile and link your program. For instance, if you have a one file C project that uses Monocypher, you can compile it thus:

The cflags line gives the include path for monocypher.h, and the libs line provides the link path and option required to find libmonocypher.a (or libmonocypher.so).

It should display a nice printout of all the tests, all starting with "OK". If you see "FAILURE" anywhere, something has gone very wrong somewhere.

Do not use Monocypher without running those tests at least once.

The same test suite can be run under Clang sanitisers and Valgrind, and be checked for code coverage:

The code may be analysed more formally with Frama-c and the TIS interpreter. To analyse the code with Frama-c, run:

This will have Frama-c parse, and analyse the code, then launch a GUI. You must have Frama-c installed. See frama-c.sh for the recommended settings. To run the code under the TIS interpreter, run

This will give you an idea how fast Monocypher is on your machine. Make sure you run it on the target platform if performance is a concern. If Monocypher is too slow, try Libsodium or NaCl. If you're not sure, you can always switch later.

There are similar benchmarks for Libsodium, TweetNaCl, LibHydrogen, and c25519:

(The speed-hydrogen target assumes it has pkg-config installed. Try make pkg-config-libhydrogen as root if it is not.)

You can also adjust the optimisation options for Monocypher, TweetNaCl, and c25519 (the default is -O3 march=native):

The -DBLAKE2_NO_UNROLLING option is a performance tweak. By default, Monocypher unrolls the Blake2b inner loop, because doing so is over 25% faster on modern processors. Some embedded processors however, run the unrolled loop slower (possibly because of the cost of fetching 5KB of additional code). If you're using an embedded platform, try this option. The binary will be about 5KB smaller, and in some cases faster.

If you are reading this, you cloned the GitHub repository. You miss a couple files that ship with the tarball releases:

To generate a tarball, simply type make dist. It will make a tarball with a name that matches the current version (using git describe), in the current directory.